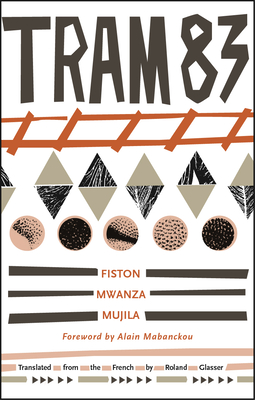 **Winner of the 2015 Etisalat Prize for Debut African Fiction**

Two friends, one a budding writer home from abroad, the other an ambitious racketeer, meet in the most notorious nightclub--Tram 83--in a war-torn city-state in secession, surrounded by profit-seekers of all languages and nationalities. Tram 83 plunges the reader into the modern African gold rush as cynical as it is comic and colorfully exotic, using jazz rhythms to weave a tale of human relationships in a world that has become a global village.

Fiston Mwanza Mujila (b. 1981, Lubumbashi, Democratic Republic of Congo) is a poet, dramatist, and scholar. Tram 83 is his award-winning and much raved-about debut novel that caused a literary sensation when published in France in August 2014.