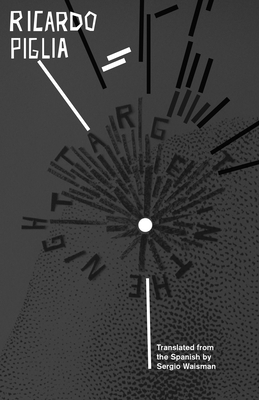 Target in the Night

"Ricardo Piglia may be the best Latin American writer to have appeared since the heyday of Gabriel Garc a M rquez." -- Kirkus Reviews

"Piglia opens a window into a fascinating world, leaving the reader hungry for more." -- Publishers Weekly

A passionate political and psychological thriller set in a remote Argentinean Pampas town, Target in the Night is an intense and tragic family history reminiscent of King Lear, in which the madness of the detective is integral to solving crimes. Target in the Night, a dark, philosophical masterpiece, won every major literary prize in the Spanish language in 2011.

Ricardo Piglia (b. 1941), widely considered the greatest living Argentine novelist, has taught for decades in American universities, including most recently at Princeton.