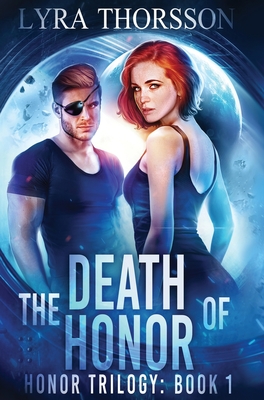 The Death of Honor

A sci-fi debut by Lyra Thorsson with the grittiness of Jessica Jones, but the humor of Firefly

All Rebecca wants in life is to sail through space in her ship-is that too much to ask? The moment she lays eyes on her old military buddy Jonathan, Rebecca knew there was no running away from her duties. With her best friend, sometimes with benefits, Nik, she desired to return home to the Nreff Nation, one of the four government powers of the systems, to serve on one last mission.

However, the problem with returning is that they all are wanted for treason. It wasn't their fault, however, as they had been framed by their old admiral, Sebastien Wilde. Fortunately, succeeding in this mission might give them a clean slate, as they are to find evidence of Wilde's involvement in the illegal human experimentation ring that goes against the Treaty Of World Equality and Rights (T.O.W.E.R.).

Rebecca and Nik agree to the mission, hoping to earn a more peaceful life, however Rebecca hides a dark secret: she was once closer to Sebastien than any of them ever realized, and the evidence incriminating him might also implicate her.

Now Rebecca has a choice: turn her back on her comrades and run for her life, or face her sins in order to prevent an all-out war.