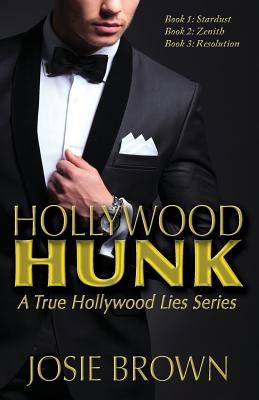 For Hannah Fairchild, jaded Hollywood trust fund baby and aspiring astronomer, life as she knows it (financially secure, albeit emotionally frail) goes out of orbit when her father -- the larger-than-life legendary actor and playboy, Leo Fairchild -- drops dead while making love to a nineteen year-old C-list television starlet. Not only has Leo's conniving fourth wife frozen Hannah's trust fund -- putting a pinch on her ability to gaze at the only stars she feels are worth watching -- but the grieving widow has also been having an affair with Hannah's indie producer boyfriend.

Faced with credit card bills that rivals the national debt, Hannah is forced to put her planet search project on hold while she takes the job of personal assistant to British actor and People's "Sexiest Man Alive," Louis Trollope. Because Louis is just as egotistical, self-centered, insecure, demanding, flirtatious -- and yes, irresistible -- as her father had been, Hannah is determined to keep him and his super-model girlfriend, bad boy entourage, and over-sexed agent at arm's length. Besides, she's falling in love with his best friend, the screenwriter Mick Bradshaw.