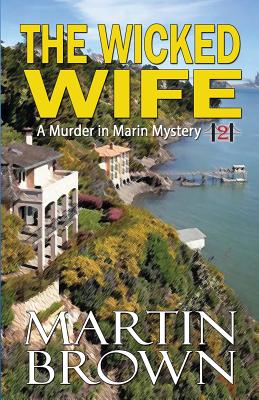 In Book 2 of the MURDER IN MARIN Mysteries:

Like everyone else, newspaper publisher, Rob Timmons, his childhood friend, Sheriff's Detective Eddie Austin, and their sidekick, Holly Cross, are baffled by the disappearance of Marin County's most recent celebrity resident, Willow Adams--better known to the world as the super-model with her own signature scent, Willow Wisp.

When Belvedere's most eligible widower, billionaire William Adams, married Willow, the local socialgrand dames were in an uproar--one that only got worse when they suspected Willow of lifting many of their most precious jewels.

But when the woman they refer to as "the wicked wife" turns up dead, the real finger pointing begins.

Was Willow's murderer one of her burglary victims? Maybe one of her many former (and current) lovers got tired of her half-truths. Or was it her cuckolded husband, who learned only too late that his ultimate trophy wife had too many secrets of her own?


Praise For The Wicked Wife (Murder in Marin Mystery #2)…

THE MURDER IN MARIN MYSTERIES: