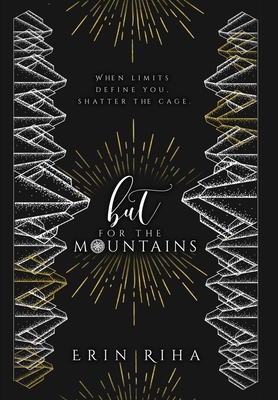 But for the Mountains

But when her name is announced, she's presented with something she never thought she'd have: a future away from her abuser. Shuttled off to attend the prestigious National Women's Institute, Arden will receive Nordania's highest honor, studying with other elite candidates to become leaders, diplomats, and ambassadors on the world stage.

Only, the institute's not quite what she expected. Paraded around in gown after gown, the tests seem less about educating and more about a different competition, with a very specific prize at stake--the Nordanian Prime Minister's son. Despite the dean's protestations that angling for an engagement leads to expulsion, Arden sees the truth. There's a secret bubbling beneath the institute's refined surface, and those who refuse to play along may well wind up dead.

With the danger escalating, and the return of her abuser on the horizon, Arden's shiny future becomes a gilded cage. And this time, she's going to need powerful allies to escape.

Political intrigue, swoon-worthy romance, and a dash of dystopian flare, But for the Mountains begs the question, how do you change the world when you're not allowed to try?