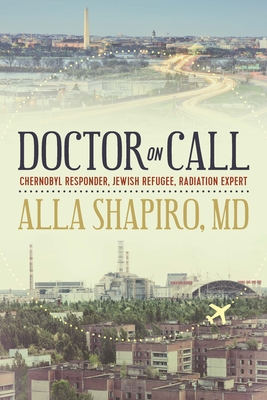 Dr. Alla Shapiro was a first physician-responder to the worst nuclear disaster in history: the explosion at the Chernobyl Nuclear Power Station in Ukraine on April 26, 1986. Information about the explosion was withheld from first responders, who were not given basic supplies, detailed instructions, or protective clothing. Amid an eerie and pervasive silence, Dr. Shapiro treated traumatized children as she tried to protect her family. No protocols were in place because no one had anticipated the consequences of a nuclear accident. From the outset of the disaster, the Soviet government worsened matters by spreading misinformation; and first responders, including Alla, were ordered to partake in the deception of the public.

After years of persistent professional hostility and personal discrimination that she and her family experienced as Jewish citizens of the USSR, four generations of the Shapiro family fled the Soviet Union in the late 1980s. As migr's, they were each allowed to take no more than 40 pounds of possessions and $90 in cash. Their escape route took them first to Vienna and then to Italy, where they were stranded as stateless persons for six months. Eventually the family received permission to enter the United States.

Motivated by her Chernobyl experiences, Alla Shapiro ultimately became one of the world's leading experts in the development of medical countermeasures against radiation exposure. From 2003 to 2019, she worked for the FDA on disaster readiness and preparation. Dr. Shapiro issues stern warnings regarding the preparedness--or lack thereof--of America for the current Covid-19 pandemic. Doctor on Call exposes the horrifying truths of Chernobyl and alerts us to the deceptions that undermine our ability to respond to global disasters.

Alla Shapiro was born in Ukraine, USSR, and was a first physician-responder to the Chernobyl nuclear catastrophe. Following years of discrimination as a Jewish citizen of the Soviet Union, Alla and her extended family immigrated to the United States in the late 1980s. She completed a residency in general pediatrics at Georgetown University Hospital, followed by a fellowship in pediatric hematology-oncology at the National Institutes of Health, National Cancer Institute. From 2003 to 2019, Dr. Shapiro worked as a medical officer at the Counterterrorism and Emergency Coordination Staff at the US Food and Drug Administration.
Loading...
or support indie stores by buying on