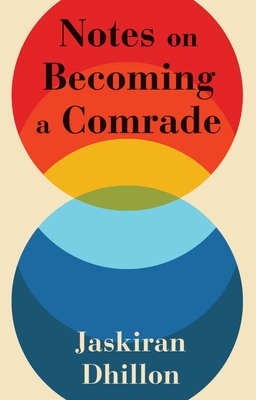 Notes on Becoming a Comrade

As the devastating effects of capitalist-driven climate crisis grow, Indigenous-led pipeline struggles, landback campaigns, movements against militarism and policing, and the fight to end the patriarchal, colonial violence against Indigenous women, girls, and two-spirit people have become more urgent than ever. In Notes on Becoming a Comrade, Jaskiran Dhillon explores ways to practice politicized allyship and the necessity for non-Indigenous comrades to stand in direct support of Indigenous people--from Turtle Island to Palestine. But what does it actually mean to be a comrade and what challenges must we overcome to become one?

Approaching these questions through an Indigenous feminist framework, this autoethnographic study charts Dhillon's own political trajectory as an anticolonial organizer and researcher. In humble, generous, lithe prose she brings her experiences to life--foregrounding relationality, trust, humility, critical self-reflexivity, and learning as the cornerstones of being a good comrade in struggle. From the politics of writing and research to the paralysis of guilt to the complexity of history and identity, Notes on Becoming a Comrade demands we understand and accept the responsibility we all have to fight against colonialism and global capitalism--in all its forms. Learning from the leadership of Indigenous women, Dhillon explicates how gender violence and Indigenous sovereignty; revolutionary environmentalism; and abolition all converge in a global, active, and growing anticolonial and anticapitalist movement that relies on the existence of comrades standing shoulder-to-shoulder in all corners of the world.

Notes on Becoming a Comrade is a powerful call-to-action that uncompromisingly demands us to question what risks we must take and what solidarity we must practice for all of us to truly be free.