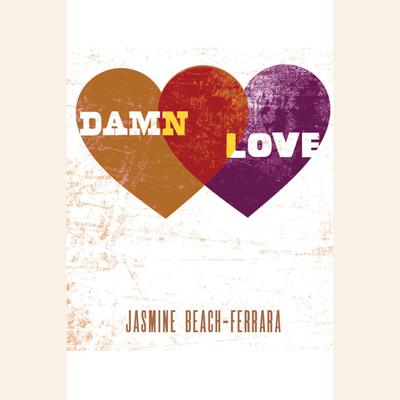 Set in San Francisco and North Carolina, the linked stories in Damn Love introduce us to characters struggling with love in all its complicated forms, including a young doctor getting over a breakup with the help of a patient, a newly married gay man who reconnects with his estranged mother, a trio of physicists caught in a surprising love triangle, and a soldier who takes secrets with her to the Iraqi desert. Together, these stories report out from the fault lines of American life, uncertain territory where identity, risk, and desire co-mingle, and where reconciliation can be found in even the most flawed efforts to connect.

JASMINE BEACH-FERRARA'S Damn Love received a 2014 PEN/Hemingway Honorable Mention Award and was a finalist for the 2014 Lambda Literary Award for the General Fiction category. A 2010 NEA Literature Fellow, Jasmine received her MFA from the Warren Wilson Program for Writers. Her stories have appeared in American Short Fiction, Crazyhorse, The Harvard Review and other publications. She is a minister in the United Church of Christ and the executive director of the Campaign for Southern Equality, which promotes LGBT rights in the South. She and her wife, Meghann, live in Asheville, N.C. with their son.
Loading...