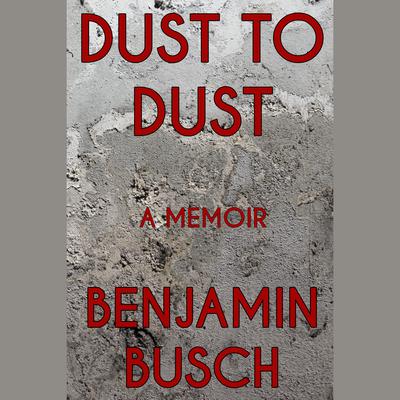 BENJAMIN BUSCH is an actor, writer, filmmaker, and photographer. After graduation from Vassar College, where he majored in Studio Arts, he served 16 years as an infantry and light armored reconnaissance officer in the United States Marine Corps, deploying to Iraq in 2003 and again in 2005 where he was wounded in the battle for Ramadi. He is writer/director of the award winning films Sympathetic Details and BRIGHT and was an actor and military consultant on the HBO mini-series, Generation Kill. He also portrayed Officer Colicchio for three seasons in the HBO series The Wire. He has three traveling exhibitions of photography and a forthcoming book of selected images. He is the author of the acclaimed memoir, Dust to Dust (Ecco), winner of the Debut-litzer Prize, GLCA Award for Creative Nonfiction and Michigan Notable Book Award. His essays have arrived in Harper's, The New York Times Magazine, Newsweek, The Daily Beast and NPR's All Things Considered. His work has been featured in Best American Travel Writing, notable in Best American Essays and nominated for the Pushcart Prize and a National Magazine Award. He is the winner of the James Dickey and Laurence Goldstein Prizes for poetry and his poems have appeared in North American Review, Prairie Schooner, Five Points, The Florida Review, Epiphany, Oberon, Nimrod and Michigan Quarterly Review among others. He teaches independent writing workshops across the country as well as college, university and high school visiting writer events and participates in veteran programs such as Words After War, Theater of War and Talking Service. He teaches nonfiction in the low-residency MFA in Creative Writing program at Sierra Nevada College, Tahoe and lives on a farm in Michigan where he is a stonemason by day and an illustrator at night.
Loading...