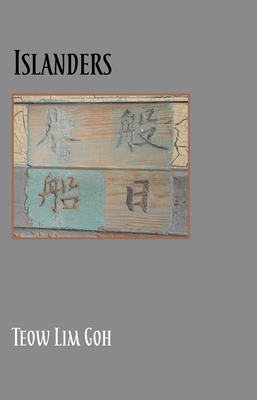 A blend of fact, fiction, politics, and intimacy this poetry book chronicles a forgotten episode in American history and prefigure today's immigration debates. Between 1910 and 1940, Chinese immigrants to America were detained at the Angel Island Immigration Station in the San Francisco Bay. As they waited for weeks and months to know if they could land, some of the detainees wrote poems on the walls. All the poems on record were found in the men's barracks; the women's quarters were destroyed by a fire. The collection imagines the lost voices of the detained women, while also telling the stories of their families on shore, the staff at Angel Island, and the 1877 San Francisco Chinatown Riot.

Teow Lim Goh's poetry, essays, and criticism have appeared in PANK, The Toast, Guernica, The Rumpus, and Open Letters Monthly, among other publications. She lives in Denver and dreams of the sea. This is her first book.
or
Buy Here
Copyright © 2020 American Booksellers Association