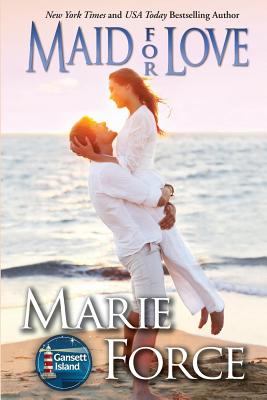 She's a single mom with no patience for a playboy until he proves he's playing for keeps.

The Gansett Island Series: Book 1
Maddie Chester is determined to leave her hometown of Gansett Island, a place that has brought her only bad memories and ugly rumors. Then she's knocked off her bike on the way to her housekeeping job at McCarthy's Resort Hotel by Gansett's "favorite son," Mac McCarthy. He's back in town to help his father with preparations to sell the family resort and has no intention of staying long. When Mac accidentally sends Maddie flying over the handlebars, badly injuring her, he moves in to nurse her back to health and help care for her young son. He soon realizes his plans for a hit-and-run visit to the island are in serious jeopardy, and he just may be "maid" for love.

"With the McCarthy's of Gansett Island, Marie Force makes you believe in the power of true love and happily ever after. Over and over again." Carly Phillips, NY Times Bestselling Author of the Serendipity series.

"No one tells a love story like Marie Force or makes characters come alive for the readers. She has an incredible ability to pull you into the story and long after you finish the book the scenes still play out in your head and your heart. The McCarthys of Gansett Island sets a very high standard for all other series." Desiree Holt, author of the popular Phoenix Agency and Naked Cowboys series