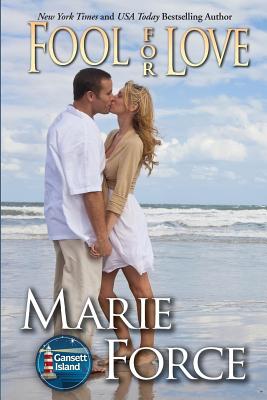 He's like her fifth brother, but her feelings for him are far from platonic.

Joe Cantrell, owner of the Gansett Island Ferry Company, has been in love with Janey McCarthy for as long as he can remember. At the same time, Janey has been dating or engaged to doctor-in-training David Lawrence. When things go horribly wrong between David and Janey, she calls her "fifth brother" Joe, one of the few people in her close circle who lives on the mainland. Janey decides a few days with Joe is just what she needs before she goes home to the island to face her parents and family with the news of her broken engagement. It was bad enough for Joe loving Janey from afar, but having her in his house is pure torture. Will he take advantage of this opportunity to show her what they could have together? And what will Joe's best friend and Janey's protective older brother Mac have to say about it?

"Fool for Love was a treat to read with engaging characters and their deep love for one another. Marie Force writes wonderfully, romantic heroes that you just want to curl up next to " --Joyfully Reviewed