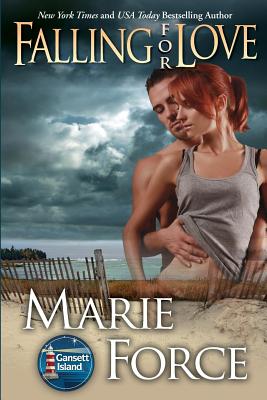 The wrong woman rocked his world. Is fate rewriting his future?

Since he won the Academy Award for best original screenplay a few years ago, Grant McCarthy's personal and professional lives have fallen apart. Abby, the woman he was supposed to marry, is engaged to someone else, and Grant is back at home on Gansett Island helping to run the family marina business while his father recovers from a serious injury. While all Grant's focus should be on winning back the love of his life, pesky Stephanie, who runs the marina restaurant, is working her way under his skin and into his bed. As Tropical Storm Hailey cuts off Gansett Island from the mainland, Grant suspects Stephanie is hiding something big from her past. When he finds out what it is, what will be more important to him? Winning Abby back or helping Stephanie to right a terrible wrong?

"Ms. Force has the ability to make you fall in love with her Island and all of the quirky and sweet characters that reside there. I can't wait to read the next story in this fantastic series FALLING FOR LOVE is another keeper in the McCarthy's of Gansett Island series " ----Joyfully Reviewed