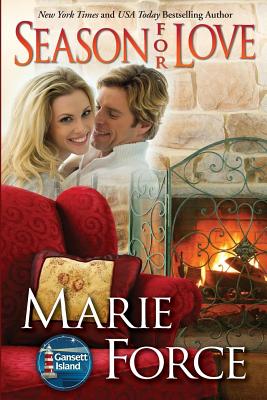 His idea of permanence is the VW van that takes him from one gig to the next. . .

The Gansett Island Series, Book 6
Owen Lawry has made a living as a traveling musician and enjoys his footloose and fancy free lifestyle. But after meeting Laura McCarthy and helping her to land the job as manager of his grandparents' hotel on Gansett Island, Owen decides there's something to be said about a roof over his head and a warm, sexy woman in his bed.

Laura, a newlywed who discovered that her husband never quit dating, came to Gansett for her cousin Janey's wedding, but ended up staying after she met Owen and took on the renovations to the dilapidated Sand & Surf Hotel.

As Owen and Laura's attraction simmers during months of close proximity, they form a tight bond that will be tested when her estranged husband refuses to grant her a divorce. As summer turns to autumn and Laura and Owen take baby steps toward love, favorite characters from past Gansett Island stories continue to live their happily ever afters.

"With the McCarthy's of Gansett Island, Marie Force makes you believe in the power of true love and happily ever after. Over and over again." --Carly Phillips, NY Times Bestselling Author of the Serendipity series

Marie Force weaves a magical story with Hoping for Love I'm totally enamored with Grace and Evan When I got to the last page I said, "noooooooo I don't want it to be over " I just love everything about Ms. Force's McCarthys of Gansett Island series These people have become like family. They make me laugh and cry and dream of love. Grace and Evan's beautiful relationship blooms stunningly in Hoping for Love. Both characters have a lot of questions about their feelings and I love how Ms. Force leads these two down the path of love. --Joyfully Reviewed

"Ms. Force has the ability to make you fall in love with her Island and all of the quirky and sweet characters that reside there. I can't wait to read the next story in this fantastic series Falling For Love is another keeper in the McCarthy's of Gansett Island series " --Joyfully Reviewed.