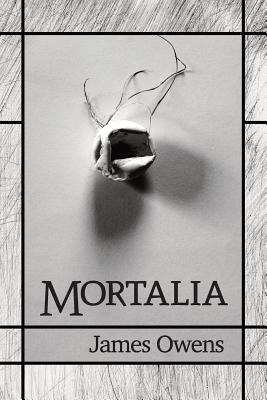 The poems in MORTALIA come into being at the glinting intersect of mortality and love, both personal and as reflected in the natural world. The question is not so much how can we love a person (or world) that we know is already beginning to pass away even in the moment of discovery, but rather how could we ever love in any other way.

James Owens tries to negotiate a balance between the ecstatic possibilities of language and the equally real, hard-edged boundaries of this world. Previous collections of his poems have included Loan of the Quick, from the Sow's Ear Press, An Hour is the Doorway, from Black Lawrence Press, and Frost Lights a Thin Flame, from Mayapple Press. His poetry, stories, and translations from the French poems of R. M. Rilke have appeared widely in literary journals, such as The Cortland Review, Poetry Ireland Review, Kestrel, The Stinging Fly, Kentucky Review, and many others. Originally from Southwest Virginia, he spent some years as a writer and editor on regional newspapers before earning an MFA at the University of Alabama. Along with his wife, Erin, he spends part of the year in northern Ontario and part of the year living in a century-old Indiana farmhouse.
Loading...
or support indie stores by buying on