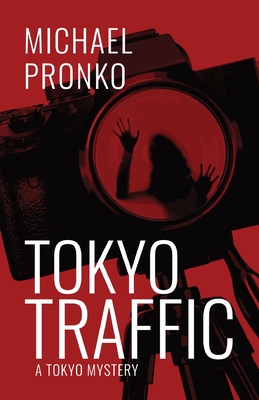 Running from a life she didn't choose, in a city she doesn't know, Sukanya, a young Thai girl, escapes into Tokyo. With her Bangkok street smarts, she stays ahead of traffickers willing to do anything to recover the computer she took when she fled a murder scene. After befriending Chiho, a Japanese girl living in an internet caf , Sukanya tries to rid herself of her pursuers, and her past, forever.

As bodies wash up from Tokyo Bay, Hiroshi tries to find the Thai girl whose name he doesn't even know. He uncovers trafficking rings and cryptocurrency scammers whose connections extend to the highest levels of Tokyo's power elite.

TOKYO TRAFFIC is the third in the Tokyo-based Detective Hiroshi series by award-winning author Michael Pronko.