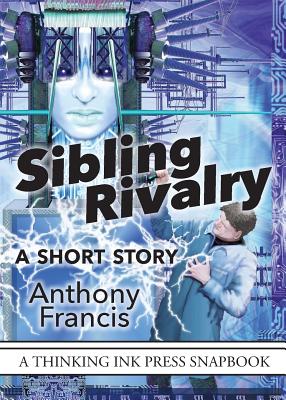 "A great choice for anyone who loves science fiction that asks hard questions about sentience and what it really means to make ethical choices." - Long and Short Reviews

Nick Walker is the world's best designer of artificial intelligences, and today was supposed to be the pinnacle of his career: the field test of his greatest creation Nickolai. But now Nickolai is destroyed, its entire development team is dead and Nick's on the run, trapped in a deadly battle of wits with his previous creation, Nicole, a cold and devious artificial intelligence who has decided the last thing she wants in this world ... is a sibling.

Because Nicole's creator never realized that when threatened with life as an obsolete brain in a box, Nicole would instead choose to become an unstoppable killer. Despite all Nick's knowledge and creativity, attempt after attempt to defeat her fails, and with his oxygen running out, Nick finds himself running a deadly race with Nicole ... to see who can stop whose weak heart first.