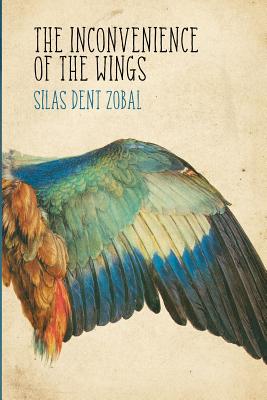 The Inconvenience of the Wings (Paperback)

The stories in The Inconvenience of the Wings inhabit a imaginative landscape so expansive in conception that it permeates the border between the natural and the supernatural, showing us that what seems beyond our ken is as much a part of the human experience as the tactile ground on which we tread. The situation of a ghostly mother spelling out hints and instructions to her suspicious son in "The Inconvenience of the Wings" is balanced by sharp observations of nature, as in, "A whippoorwill, hunting mosquitoes by the pond, gave the cry that gave the bird its name." The macabre rendering of a man's consciousness trapped by a stroke in his inert body in "The Language of Men Who Speak of What They Do Not Understand" is set against precise natural descriptions, such as, "Birch trees creak under the wind's pressure; a chorus of hounds begin to howl and keen." In "Outlaw," a group of feckless friends attempts to rob a gas station and causes an explosion worthy of a Quentin Tarantino scene, yet the description juxtaposes violence with a poetic evocation of nature: "The red maple leaves lifted skyward. Bloodgouts and furstrips and flesh hung among the branches. Then the wet sound of body parts falling....I pointed toward the blackened Japanese maples and what once had been my dog." Trapped in a vacation cabin by a blizzard, some friends solve the problem of finding one of their company dead by placing her body in the freezing barn, necessitating the digging of a passage which is described in strangely beautiful language: "We shoveled. Wind harried the snow in horizontal gusts. We channeled between the house and the barn: the snow even with my navel, the sky a vertiginous swirl, the air scented of cold.

Silas Dent Zobal was born in Bellingham, Washington, and spent his teenage years in Rockford, Illinois. His fiction has appeared in the Missouri Review, Glimmer Train, Shenandoah, North American Review, and many others journals. Stories from The Inconvenience of the Wings won the inaugural Discovered Voices Award from the Iron Horse Literary Review, a scholarship to the Bread Loaf Writers' Conference, and first place in the Glimmer Train Fiction Open. His debut novel, People of the Broken Neck, will be released by Unbridled Books in Fall 2016.
or support indie stores by buying on
Copyright © 2020 American Booksellers Association