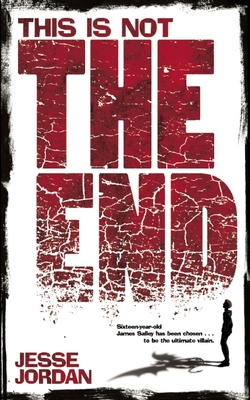 This Is Not the End

James Salley is turning sixteen, and it's not going well. His family's too busy to care, the local bully creates new tortures daily, someone appears to be following him, and he's just learned that he's the Antichrist. All James ever wanted out of life was for Dorian Delaney -- the operatically trained and suicidal girl of his dreams -- to fall as in love with him as he is with her. But once he's told of his bloody destiny, he finds himself fighting between who he thought he was and who he's supposed to be. With the school librarian pushing him to begin the Apocalypse, an irritable homunculus watching his back, and a murderous cabal of Catholics following him everywhere, James must discover how to navigate a world in which everything he's ever believed is wrong -- and if it's possible to be the hero of a story when you've already been cast as the villain.

Jesse Jordan received his MFA at Columbia College. This Is Not the End is his second novel. His first, Gospel Hollow, was released in 2012 by Casperian Books. He lives in Chicago.
Loading...
or
Not Currently Available for Direct Purchase