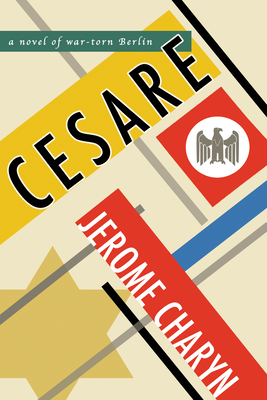 A Novel of War-Torn Berlin

A spy navigates the labyrinthine horrors of Nazi Germany, on a mission to save the woman he loves

"Charyn's blunt, brilliantly crafted prose bubbles with the pleasure of nailing life to the page in just the right words. . . . Cesare is] provocative, stimulating and deeply satisfying." --Washington Post

On a windy night in 1937, a seventeen-year-old German naval sub-cadet is wandering along the seawall when he stumbles upon a gang of ruffians beating up a tramp, whose life he saves. The man is none other than spymaster Wilhelm Canaris, chief of the Abwehr, German military intelligence. Canaris adopts the young man and dubs him "Cesare" after the character in the silent film The Cabinet of Dr. Caligari for his ability to break through any barrier as he eliminates the Abwehr's enemies.

Canaris is a man of contradictions who, while serving the regime, seeks to undermine the Nazis and helps Cesare hide Berlin's Jews from the Gestapo. But the Nazis will lure many to Theresienstadt, a phony paradise in Czechoslovakia with sham restaurants, novelty shops, and bakeries, a cruel ghetto and way station to Auschwitz. When the woman Cesare loves, a member of the Jewish underground, is captured and sent there, Cesare must find a way to rescue her.

Cesare is a literary thriller and a love story born of the horrors of a country whose culture has died, whose history has been warped, and whose soul has disappeared.

Jerome Charyn is the author of more than fifty works of fiction and nonfiction. Among other honors, he has received the Rosenthal Family Foundation Award for Fiction from the American Academy of Arts and Letters and his novels have been selected as finalists for the Firecracker Award and PEN/Faulkner Award for Fiction. Charyn lives in New York.

Jerome Charyn is the author of more than fifty works of fiction and nonfiction, including Sergeant Salinger; Cesare: A Novel of War-Torn Berlin; In the Shadow of King Saul: Essays on Silence and Song; Jerzy: A Novel; and A Loaded Gun: Emily Dickinson for the 21st Century. Among other honors, his work has been longlisted for the PEN Award for Biography, shortlisted for the Phi Beta Kappa Christian Gauss Award, and selected as a finalist for the Firecracker Award and PEN/Faulkner Award for Fiction. Charyn has also been named a Commander of Arts and Letters by the French Minister of Culture and received a Guggenheim Fellowship and the Rosenthal Family Foundation Award for Fiction from the American Academy of Arts and Letters. He lives in New York.
Loading...
or support indie stores by buying on