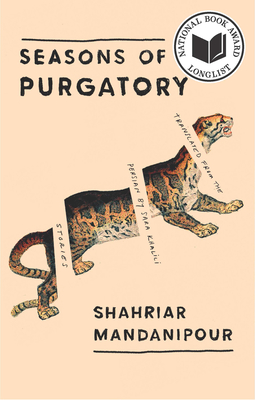 The first English-language story collection from "one of Iran's most important living fiction writers" (Guardian), "a playful, whip-smart literary conjuror: a Kundera or Rushdie of post-Khomeini Iran" (Wall Street Journal)

In Seasons of Purgatory, the fantastical and the visceral merge in tales of tender desire and collective violence, the boredom and brutality of war, and the clash of modern urban life and rural traditions. Mandanipour, banned from publication in his native Iran, vividly renders the individual consciousness in extremis from a variety of perspectives: young and old, man and woman, conscript and prisoner. While delivering a ferocious social critique, these stories are steeped in the poetry and stark beauty of an ancient land and culture.


Praise For Seasons of Purgatory…

“One of Iran’s most important living fiction writers.” —Guardian

“Escher-like. . . . Kundera-like. . . . [Mandanipour] build[s] a clever Rubik’s Cube of a story, while at the same time giving readers a haunting portrait of life in the Islamic Republic of Iran: arduous, demoralizing and constricted.” —Michiko Kakutani, New York Times

“Mandanipour expresses the complexity of his culture—not just of the society of the Islamic Republic, but of the underlying Persian traditions that continue to influence it.” —Claire Messud, New York Review of Books

“Neither sentimental nor nostalgic, romanticized nor demonized. [Mandanipour] look[s] at his country and its inhabitants through a fiction writer’s authentic spectacles.” —Rabih Alameddine, author of The Hakawati and An Unnecessary Woman

Shahriar Mandanipour is an award-winning, exiled Iranian author and journalist who served in the Iran-Iraq war. His fiction has been published throughout the world, including two acclaimed novels published in English and the story collection Seasons of Purgatory. In 2006, Mandanipour moved to the United States. He has held fellowships at Brown University, Harvard University, and Boston College and has taught at Brown University and Tufts University. He lives in California.
Loading...
or support indie stores by buying on