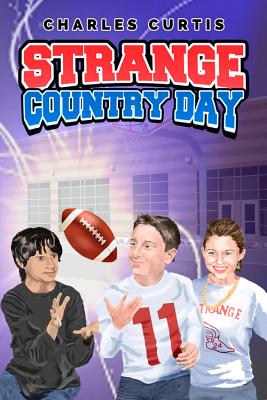 Football quickly becomes more than just a game for Alexander Graham Ptuiac, the son of an inventor, when he suddenly manifests superhuman powers during team tryouts. Alex makes the cut, but not before certain nefarious adults take notice, putting his life in danger. He struggles to suppress and control his strange new abilities, worried about exposing his secret and being kicked off the football team. Enter Dex, a diminutive classmate who can somehow jump as high as ten feet in the air. Now, Alex isn't the only one at school with a secret. The only thing stranger than the changes taking over his body (in addition to his new defense against bullies and budding crush) is the shocking truth about himself and his parents. When truth is stranger than fiction, there's only one thing to do. Play ball.

Charles Curtis is a sports buzz reporter for NJ.com who has made radio appearances on 92.9 The Ticket in Bangor, Maine, WLIE 540 AM in Long Island, and on morning shows across Canada via the CBC. He has written for publications including Bleacher Report, Entertainment Weekly, ESPN The Magazine, and TV Guide. He lives in New York City.
Loading...
or
Not Currently Available for Direct Purchase