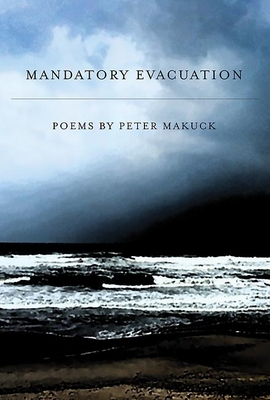 Through lyrical narrative, the poems in Mandatory Evacuation find radiance in everyday people and subjects by the simple act of noticing--of seeking that which matters most. Like returning home with new eyes after a devastating storm, these poems startle us to awareness, focusing on the passage of time, the beauty of small, fleeting moments, and the importance of paying attention.

Peter Makuck is the author of numerous BOA collections, most recently Long Lens: New and Selected Poems (2010). He is a Distinguished Professor Emeritus at East Carolina University, where he founded and edited Tar River Poetry for thirty years.

Peter Makuck is the author of numerous BOA books, most recently Long Lens: New & Selected Poems (2010). In addition to five previous volumes of poems, five poetry chapbooks, and three collections of short stories, he has co-edited a book of essays, An Open World, on the Welsh poet Leslie Norris. Two-time winner of the Brockman-Campbell Award (given annually for the best collection of poetry by a North Carolinian), he is also the recipient of the Charity Randall Citation from the International Poetry Forum and served as a juror for the annual Poet's Prize. A nominated Former Fulbright Exchange Professor to France, he was the Lee Smith Visiting Poet at North Carolina State University in 2008, and has also been a visiting writer at Brigham Young University (2000) and University of North Carolina at Wilmington (2011). His stories, poems, reviews, and essays appear widely in such places as Poetry, The Nation, North American Review, The Hudson Review, The Gettysburg Review and The Sewanee Review. Makuck is a Distinguished Professor Emeritus at East Carolina University, where he founded and edited Tar River Poetry for almost thirty years. He currently lives with his wife Phyllis on Bogue Banks of Pine Knoll Shores, one of North Carolina's barrier islands.
Loading...
or support indie stores by buying on