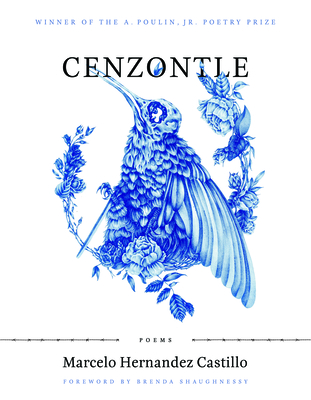 In this highly lyrical, imagistic debut, Marcelo Hernandez Castillo creates a nuanced narrative of life before, during, and after crossing the US/Mexico border. These poems explore the emotional fallout of immigration, the illusion of the American dream via the fallacy of the nuclear family, the latent anxieties of living in a queer brown undocumented body within a heteronormative marriage, and the ongoing search for belonging. Finding solace in the resignation to sheer possibility, these poems challenge us to question the potential ways in which two people can interact, love, give birth, and mourn--sometimes all at once.

Marcelo Hernandez Castillo was born in Zacatecas, Mexico, and immigrated to the U.S. at the age of five through the mountains of Tijuana. He is a CantoMundo Fellow and earned degrees from Sacramento State University and The University of Michigan, where he was the first undocumented student to graduate from the MFA program in Creative Writing. He has received fellowships to attend the Vermont Studio Center, the Squaw Valley Community of Writers, and the Atlantic Center for the Arts. He cofounded the Undocupoets campaign, which successfully eliminated citizenship requirements from all major first poetry book prizes in the country, and he was recognized with the Barnes & Noble Writers for Writers Award from Poets & Writers. His work has been adapted to opera through collaboration with the composer Reinaldo Moya. With the late C.D. Wright, he co-translated the poems of the contemporary Mexican poet Marcelo Uribe. His poems, essays, and translations have appeared in PBS NewsHour, New England Review, Gulf Coast, Indiana Review, Southern Humanities Review, Fusion TV, and BuzzFeed, among others. He lives in California where he teaches at Sacramento State University.Brenda Shaughnessy was born in Okinawa, Japan and grew up in Southern California. She is the author of Our Andromeda (Copper Canyon Press, 2012), Human Dark with Sugar (Copper Canyon Press, 2008), winner of the James Laughlin Award and finalist for the National Book Critics Circle Award, and Interior with Sudden Joy (FSG, 1999). Shaughnessy's poems have appeared in Best American Poetry, Harper's, The Nation, The Rumpus, The New Yorker, and The Paris Review. She is an Assistant Professor of English at Rutgers University, Newark, and lives in Brooklyn with her husband, son and daughter.
Loading...
or support indie stores by buying on