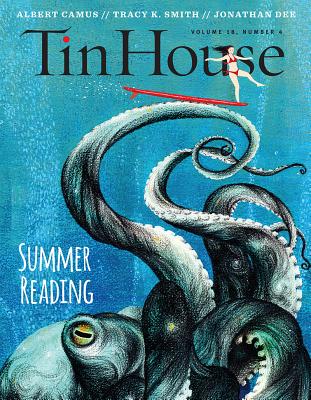 An award-winning quarterly, Tin House started in 1999, the singular love child of an eclectic literary journal and a beautiful glossy magazine.

Drop it in your beach bag with the sunscreen and kadima paddles—our annual summer reading issue will feature a smorgasbord of new writing from established and new voices.