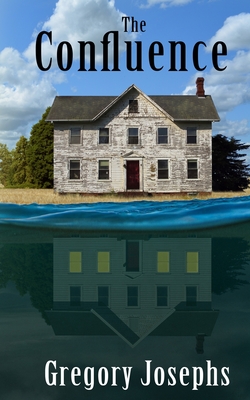 The gods created it to ensure a perfect timeline... so why would the coin link together two people from a half century apart?

Elliot, a young man postponing college to save up money and leave his difficult home life, finds himself stuck in the past when Cam, his secret childhood crush, returns to town. Elliot is forced to confront old wounds, and is struggling to confess his true feelings about Cam, when he finds a mysterious coin that brings on strange hallucinations of a missing girl from 1959.

Deep in the swampy lush lands of 1950's Massachusetts, eight-year-old Sofia is shocked when she, but not her parents, sees Elliot standing in her flower garden. Elliot warns Sofia of the double-homicide of her parents set to happen in six days. The case was marked as unsolvable in Elliot's time because the clues all were washed away by a devastating once-in-a-century-flood. In view of this news, Sofia struggles to convince her parents she isn't simply an imaginative little girl but communicating with Elliot from the future.

With time growing short, Sofia desperately tries to ensure her parents stay alive, Elliot battles against the inner demons ripping him away from Sofia's numbered days, and the harbingers of fate fight to take back control of the coin that binds Sofia and Elliot together. Can Elliot overcome his own problems as he and his grade school crush attempt to stop a sixty year old cold case?