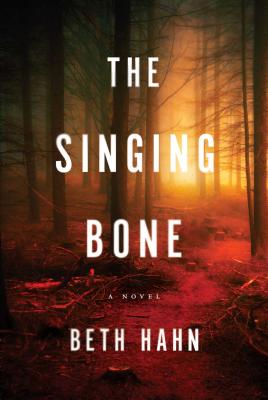 A convicted killer's imminent parole forces a woman to confront the nightmarish past she's spent twenty years escaping. I found you. That's what Mr. Wyck told her: I found you. 1979: Seventeen-year-old Alice Pearson can't wait to graduate from high school so she can escape the small town in upstate New York where she grew up. In the meantime, she and her friends avoid their dysfunctional families while getting high in the woods. There they meet the enigmatic Jack Wyck, who lives in the rambling old farmhouse across the reservoir. Enticed by his quasi-mystical philosophy and the promise of a constant party, Alice and her friends join Mr. Wyck's small group of devoted followers. But their heady, freewheeling idyll takes an increasingly sinister turn, as Alice finds herself crossing moral and emotional boundaries that erode her hold on reality. When Mr. Wyck's grand scheme goes wrong, culminating in a night of horrific violence, Alice is barely able to find her way back to sanity. Twenty years later, Alice Wood has created a quiet life for herself as a professor of folklore, but an acclaimed filmmaker threatens to expose her past with a documentary about Jack Wyck's crimes and the cult-like following he continues to attract from his prison cell. Wyck has never forgiven Alice for testifying against him, and as he plots to overturn his conviction and regain his freedom, she is forced to confront the truth about what happened to her in the farmhouse--and her complicity in the evil around her. The Singing Bone is a spellbinding examination of guilt, innocence, and the fallibility of memory, a richly imagined novel that heralds the arrival of a remarkable new voice in literary suspense.

Beth Hahn studied art and writing at the University of Pennsylvania and the Pennsylvania Academy of the Fine Arts and earned an MFA in fiction from Sarah Lawrence College. She attended the Bread Loaf Writer's Conference and has been the recipient of a Ragdale Foundation residency. Beth's short stories have appeared in Necessary Fiction, The Hawai'i Review, The South Carolina Review, and The Emrys Journal. She lives in New Castle, New York, with her husband, where she teaches yoga.
Loading...
or
Not Currently Available for Direct Purchase