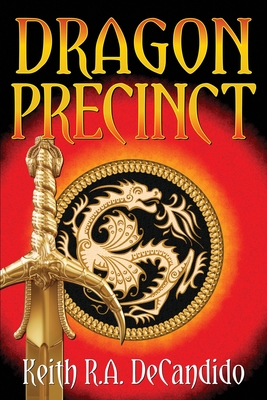 Humans and elves, dwarves and gnomes, wizards and warriors all live and do business in the thriving, overcrowded port city of Cliff's End, to say nothing of the tourists and travellers who arrive by land and sea, passing through the metropolis on matters of business or pleasure--or on quests. The hard-working, under-appreciated officers of the Cliff's End Castle Guard work day and night to maintain law and order as best they can.

Gan Brightblade is one of the world's greatest heroes and a personal friend of the Lord and Lady of Cliff's End. So when he's brutally murdered in grubby lodgings in Dragon Precinct, on the eve of a great quest, the Captain of the Guard puts his two best investigators on the case. The half-elf Danthres Tresyllione and ex-soldier Torin ban Wyvald soon discover that the crime scene is empty of any forensic evidence--physical or magickal. They have no clues, and heat is on.

The Lord and Lady want their friend's murder solved--now. The populace is mourning the loss of a great hero. The ever-unhelpful Brotherhood of Wizards could take over the case at any minute. And then another member of Brightblade's party turns up dead....