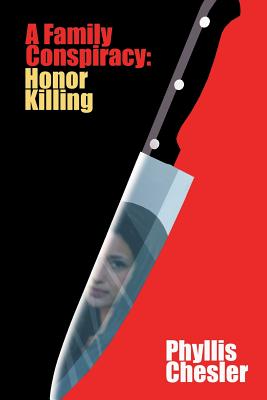 An honor killing is the cold-blooded murder of girls and women simply because they are female. Being born female in a shame-and-honor culture is, potentially, a capital crime; every girl has to keep proving that she is not dishonoring her family; even so, an innocent girl can be falsely accused and killed on the spot.

Dr. Phyllis Chesler has been studying the nature of honor killings for the last fifteen years. During that time she has published four studies at Middle East Quarterly and is working on a fifth. While this barbaric custom is tribal in origin, Hinduism, Sikhism, and Islam have not tried to abolish it as a crime against God or humanity.

Honor killings are also a family conspiracy, one in which women (mothers, sisters, aunts, grandmothers, mothers-in law), as well as men (fathers, brothers, cousins, uncles, grandfathers) play a role. Those girls and women who manage to escape must live in hiding for the rest of their lives as their families will never stop coming after them.

A girl's fertility and reproductive capacity is "owned" by her family, not by the girl herself. If a girl is even seen as "damaged goods," her family-of-origin will be responsible for her care for the rest of her life. This is a killing offense. Her virginity belongs to her family and is a token of their honor. If she is not a virgin, the shame belongs to her family and they must cleanse themselves of it with blood; her blood.
Most Westerners refuse to understand that this crime is not like western-style domestic violence and requires different approaches in terms of prevention, intervention, and prosecution.

Honor killings (or femicide) is part of a shame-and-honor tribal culture as is gender apartheid. It is a human rights violation and cannot be justified in the name of cultural relativism, tolerance, anti-racism, diversity, or political correctness. As long as tribal groups continue to deny, minimize, or obfuscate the problem, and Western government and police officials accept their inaccurate versions of reality, women will continue to be killed for honor in the West.

The battle for women's rights is central to the battle for Europe and for Western values. It is a necessary part of true democracy, along with freedom of religion, tolerance for homosexuals, and freedom of dissent. Here, then, is exactly where the greatest battle of the twenty-first century is joined.