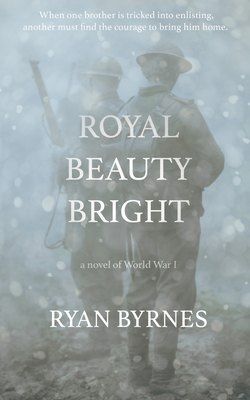 After an autistic man ends up in the trenches of World War I, a nun-turned-journalist dances with treason to care for him, and a candy store clerk posing as Santa Claus risks everything to bring him home.

Luther Baker is a kind-hearted autistic man with a savant’s knack for making chocolate truffles. His entire life, he has worked in his family’s sweet shop alongside his single mother—until he is illegally thrust into the horrors of World War I.

While in France, Luther meets Ethyl, an aspiring journalist who tries to expose his plight. As Christmas approaches, Luther sinks into despair and Ethyl is threatened with punishment.

Back home, Luther's brother Jim enlists with the British Army Postal Service. His job, delivering sacks of Christmas gifts to the frontline soldiers, is a cover for his plan to rescue Luther. The plan is made even more difficult by three refugee girls convinced that Jim, with his bag of gifts, is Santa Claus.

Jim and Ethyl finally cross paths with Luther on Christmas Day, 1914, when they witness one of the most uplifting spectacles of nonviolence in history, when thousands of soldiers broke orders and refused to fire on each other during the Christmas Truce of 1914.

Ryan Byrnes is a St. Louis native. His first foray into writing was founding the publishing imprint, Avency Press, where he wrote one illustrated chapter book, The Adventures of Wheatail, and four young adult fantasy novels in the Son of Time series. Since then, he has worked with a publishing company, a literary agency, and various aspiring writers seeking to self-publish. Ryan now lives in Iowa as a student in mechanical engineering and English. Between work hours, he builds Mars Rovers with his roommates, plays with cats, and watches Wes Anderson movies.