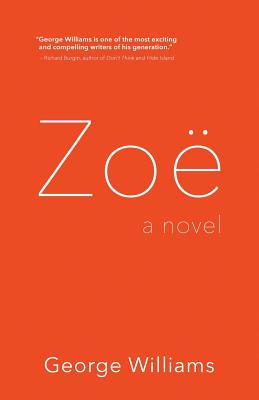 The day she turns fifteen Zo ditches high school in Chandler, Arizona, and is picked up by an elderly man driving a step van turned into a laboratory. He promises to teach her all he knows if she trusts him to take her where she is fated to go. On their way to Illinois, they find themselves in the middle of an animal rights activists' liberation of the creatures in Topeka's Zoomorphological Wonders of the World and take aboard two companions from an infamous bestiary. From Topeka they travel to an abandoned movie theater in Pittsfield, where war-horse and inventor Skelton builds a miniature version of the CERN particle accelerator. From there they go to Paris and from Paris they drive south to Lacoste, where the story culminates with a confederacy of the wealthiest men in the world gathered in the garden courtyard of Marquis de Sade's castle to sell Zo into sex slavery to the highest bidder, while Zo 's step-father, half-crazed with grief, is bidden by guilt to drive to the Chandler Fashion Center and confess to the bewildered employees of Victoria's Secret his unsuccessful attempts to molest his step-daughter, and to absolve his sins with V-strings and thong underwear knotted into a noose.

At turns absurd, poignant, and comic, Zo is a quicksilver phantasmagoria and enchanted road trip unlike any other, where travel is spectral and the traveling companions, if not real, are temporary visitors from imaginary worlds sent to show a girl lost in the moronic inferno of 21st century America the best way to her brightest possible future.