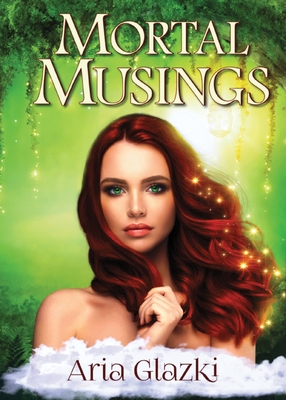 A frustrated muse unwittingly casts a spell that materializes her in mortal form-right in front of her latest ungrateful charge.

Alexandra has had it with the arrogant, unappreciative humans she is obligated to inspire. It's not a muse's job to invent ideas for them When a flash of temper sends her own words through her latest charge's fingers, her connection to faerie is severed, entrapping her in mortal form.

Surviving among the humans long enough to find her way home means relying on the mercy of her entitled, ungrateful assignment. Worse, she has to be nice to him. Even though her predicament is entirely his fault.

With a looming deadline and a relentless case of writer's block, the last thing Brett needs is an uninvited houseguest. Especially one who appeared in his office out of nowhere with an amnesiac act that rings false from the get-go.

But what's he supposed to do-throw her out on the street? Alexandra upends his routine and steals his writing time. But the sparks between them ignite his imagination, and soon she's all he can think about.

Mortal Musings is a steamy fish-out-of-water paranormal romance, where forced proximity helps turn enemies to lovers. Happily Ever After guaranteed.