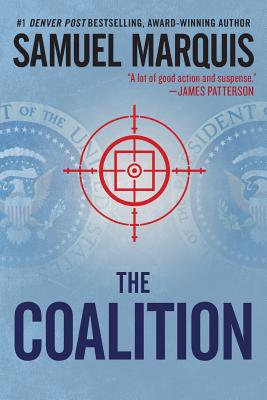 "The Coalition has a lot of good action and suspense, an unusual female assassin, and the potential to be another The Day After Tomorrow."--James Patterson, #1 New York Times Bestselling Author

"Reminiscent of The Day of the Jackal...with a high level of authentic detail. Skyler is a convincing sniper, and also a nicely conflicted one."--Donald Maass, Author of Writing 21st Century Fiction

In this second thriller in the Nick Lassiter-Skyler International Espionage Series, the beautiful female assassin Skyler takes center stage and continues on in Book 3 of the series, The Fourth Pularchek. As the book opens, she calmly watches a procession of black Lincolns from the fiftieth floor of an office building in Denver, Colorado. When the motorcade pulls to the curb in Civic Center Plaza, a prominent leader steps from one of the vehicles and takes the stage to make an important speech. Moments later, a loud BOOM echoes through the Plaza and the man slumps to the platform like a stringless marionette. The mysterious sniper Skyler, whose very existence is unknown to the international law enforcement community, has just assassinated U.S. President-elect William Ambrose Kieger.

In the aftermath of the shocking political crime, she escapes and a Task Force is swiftly assembled, headed up by Special Agent Kenneth Patton of the FBI's Denver Field Office. A ten year vet in Domestic Terrorism, the unconventional Ken is driven to solve the crime by both professional and personal motives. His search leads him to not only the elusive female assassin who is a master of disguise and impersonation, but a secret society whose diabolical and far-reaching plot threatens the very highest levels of the U.S. government. Yet the group's motives, secret membership, and ambitious plans remain elusive. Can Ken and his team uncover the plot in time to save the day? Can they beat the countdown on the clock and catch Skyler and the shadowy group in the background pulling the strings? Or will time run out?