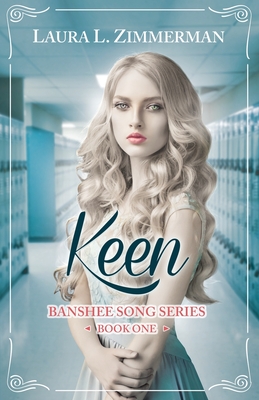 You must walk the darkness to find the light.

Half-faerie Caoine has no control over the banshee lament she sings each night, predicting the death of others. A senior in a brand new high school, she expects the same response she's received at every other school: judgment from fellow students over her unusual eyes and unnaturally white skin and hair. However, when Caoine arrives at West Lincoln High, for the first time in her life she finds friends. Real friends.

But being a teenager is never easy, especially when the star soccer player, Oliver, sets his sights on her. Allowing him to get close means revealing her curse to the human world. She can't let that happen.

Life spins further out of control when her lament comes out during the day, those whose death she predicts die right in front of her, and a dark faerie known only as the Unseelie prince blames Caoine by leaving her the creepiest notes ever. Her curse is not supposed to work like that.

In a race against time, Caoine must uncover the Unseelie prince's identity and stop a spell before it unleashes hell on earth, all while trying to control her banshee song and finding a place among her peers.