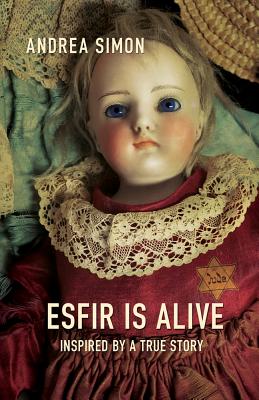 Esfir Manevich is a young Jewish girl who lives in the Polish town of Kobrin in 1936. Facing anti-Semitism in public school, Esfir moves in with her charming aunt who runs a boardinghouse in the bustling city of Brest. Being younger than the other boarders, Esfir struggles to find a place in her new life, all the while worrying about her diminishing role in the family she left behind. As the years pass, Esfir experiences the bombing of her hometown during the German invasion of 1939. When the Russians overtake the area, Esfir sees many of her socialist relatives and friends become disillusioned by the harsh restrictions. During the German occupation, Esfir and her family are enclosed in a ghetto where they develop heartbreaking methods of survival. In the summer of 1942, shortly before Esfir’s thirteenth birthday, the ghetto is liquidated and the inhabitants are forced onto cattle cars destined for the killing fields and Esfir must face unimaginable horror.

Praise For Esfir Is Alive…

“[Readers] will stay rooted in the everyday triumphs and growing pains of the narrator’s development from little girl to young lady, all while becoming more familiar with the facets of pre-Holocaust existence not often taught in class.” —Brittany Drehobl, School Library Journal

"Never didactic, Simon’s characters—the charismatic Aunt Perl, astute Ida, and unprejudiced Ania—are refreshingly complex, and the prose, whether depicting a beloved doll or coffinlike cattle cars, remains unflinching and precise. Though its scope is ambitious (a span of approximately 16 years), this story, like Esfir herself, is achingly alive." —Briana Shemroske, Booklist

"Based on the true story of the German and Russian occupation of Poland during WWII and the real life of Esfir Manevich, Andrea Simon’s Esfir is Alive is the haunting tale of one girl’s struggle 'to make sense of senseless things.'" —Foreword Reviews

"Esfir Is Alive is definitely an interesting novel to read for anyone interested in learning about Jewish history through a young Polish Jew’s eyes. Telling the story through the eyes of a child brings an incredible sensibility to the story, and makes the horrid reality of the Holocaust understandable for anyone to see." —Rachel De Paz, teenreads.com

"Esfir Is Alive is a powerful work—haunting, grave, compelling and terribly evocative. Like The Diary of Anne Frank, and like all great literature, Esfir Is Alive is a story that conveys universality and truth." —Katherine Kirkpatrick, author,  Between Two Worlds and The Snow Baby

Andrea Simon is the author of the memoir Bashert: A Granddaughter’s Holocaust Quest, as well as several published stories and essays. She is the recipient of numerous literary awards, including the winner of the Ernest Hemingway First Novel Contest and the Authors in the Park Short Story Writing Contest. She holds an MFA in Creative Writing from the City College of New York where she has taught writing. Andrea lives in New York City with her husband.
Loading...
or
Not Currently Available for Direct Purchase