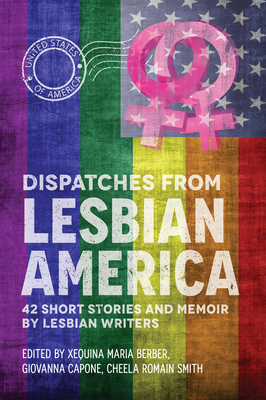 Xequina Berber is the author of one book, Santora:  The Good Daughter, under the pen name Resurreccion Cruz.  She also wrote for the New Mission News in San Francisco, publishing monthly columns titled The Coconut Chronicles: Essays on Biculturality and La Post-Modern Curandera. Giovanna Capone is a poet, fiction writer, and playwright. She was raised in an Italian American neighborhood in New York. Her work has appeared in Curaggia: Writing by Women of Italian Descent, Bless Me Father: Stories of Catholic Childhood, Unsettling America: An Anthology of Contemporary Multicultural Poetry, and many more. She lives in the San Francisco Bay Area, where she works as a public librarian. Cheela Romain Smith is a crusty old dyke cartoonist, webmaster, tattooist, and long-term journal-keeper from the Deep South. While publishing her cartoon work in alternative comic books such as Wimmin's Comix, Gay Comix, and Girl Jock in the '80s and '90s, she fell in with the underground women-cartoonists' scene. Her graphics have appeared in mainstream publications, as well. She lives in Oakland, California.
Loading...
or support indie stores by buying on