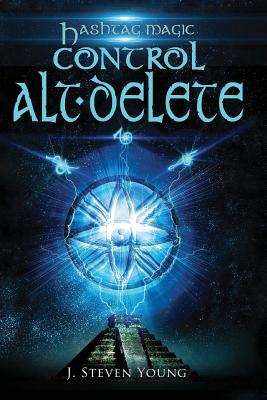 Magic is growing in the world and Colby Stevens is beginning to find that there are those around him who wish to use his connection to the source for their own ends.

Although Colby has Hashtag Magic, he still has issues with self-doubt and emotional baggage that prevents him from reaching his full potential. Without a firm grasp on his natural gifts and the rules of magic, Colby has to rely on his magic app. But now that app has become unstable and he is forced to adapt, developing a new side to his natural gift.

Current bonds of friendship and loyalty are tested, while new ones form in the most unexpected people. Colby and his friends finally take the first step in discovering where magic comes from and why they are so special, but the evil forces are growing stronger and more bold.

While tracing the source of the blue screen of death, the kids discover a connection that is close to home. If they are to prevail, Colby must face a deeper side of himself and learn who to trust and who is the enemy. With a new source of answers held within a magical journal and the growing powers inside him, Colby follows the path his father left behind. A path that Colby must follow if he wishes to find and rescue his long-missing father.

Stories change over the eons. Truth wraps itself in myth and legend until there is no definitive line between what is real and what is fantasy. The truths that are believed by one could be the lies spread by another for their own benefit. Man's history was mottled. That included everything that he was taught from school, his parents, even the bible. It was all written by men and form uninformed biased points of view. The truth was likely so blinding, that none would dare chance to see it for what it was. Colby knew one thing for certain, He needed to seek the truth for himself.

First he must face the enemy...