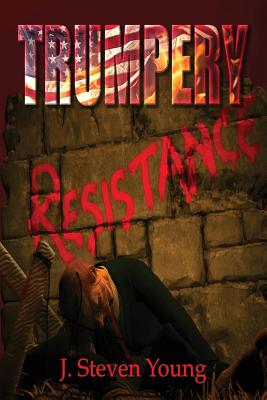 MacKenzie Dillon serves as a Protectorate soldier in the New Republic, the new order that was created from the ravaged mind of a leader who had long ago given up his sanity. Now the New Republic is protected by a wall that keeps out everything that exists in the Wastes and keeps everything within it subjected to the severest restrictions of freedom and mental conditioning.

There he uncovers the real reasons behind America's decline and the formation of the New Republic. But there's yet more. A secret Caste called the Omega who really control everything, the truth about the destruction of half the country and a deadly plot that has been set in motion against neighboring nations.

MacKenzie's quest for the truth and justice is just beginning.

The world has forever changed because of one madman and the Oligarchy that pulled his strings and stroked his ego. Through diabolical means, the President of the United States has created a unifying event that altered the face of the planet and ensured his rise in power.

What remains of the former United States of America is now a New Republic, ruled with intolerance for anything that goes against the grain and the strict laws of the new religious Protectorate. If you are in anyway out of line with what the ruling class wants or approves, then you are banned or executed.

There is no middle class. There are only the Elite, the General population and the soldiers who blindly enforce the Edicts of the Protectorate.

A wall surrounds the nation, but it is far worse what it keeps within than without. McKenzie has his own secrets that could destroy him as he uncovers the plots of the enemies within.