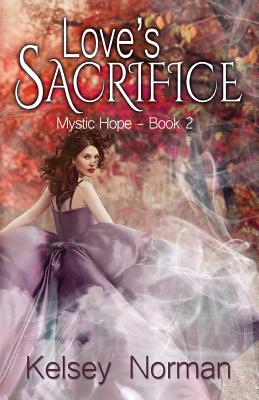 Nina and Liam are finally together, but at what cost to their future? Nina Anderson is free of the man who hurt her for so many years. Now she can throw her whole heart into a relationship with her unearthly protector, Liam. She's thankful for the time she's been given with him but hates the restrictions. Nina is determined to find a way to make Liam human, even if it means putting her own life in jeopardy. Liam would give anything to be with Nina permanently, so when he's offered an assignment to investigate strange occurrences around Despair, he jumps at the chance. It appears to be an outbreak of crime, until he discovers that evil forces, called Rogues, are taking over human souls and forcing them to commit unspeakable crimes. Liam must race against time to save the woman he loves as well as the town he's come to call his own. Will Liam and Nina's relationship withstand the incoming turmoil? Or will they be forced to make choices that will keep them apart forever?

Kelsey Norman is a former elementary teacher turned stay-at-home mom from Kansas. She is married to her high school sweetheart whom she's known since she was eleven years old. Kelsey's been writing short stories since she was a little girl, and wrote her first full-length novel when she was sixteen. She's been pursuing her dream ever since. Kelsey's so thankful that God has blessed her with the calling to be a novelist. When Kelsey isn't writing, she enjoys dancing, doing arts and crafts, playing card games with her family, and being outdoors. Kelsey is fluent in movie and T.V. quotes, and can fill your head with useless facts about celebrities. She is the clumsiest person she knows, yet she's never had stitches or broken a bone. If Kelsey had to pick one thing to eat for every meal, she'd choose cereal.
or support indie stores by buying on
Copyright © 2020 American Booksellers Association