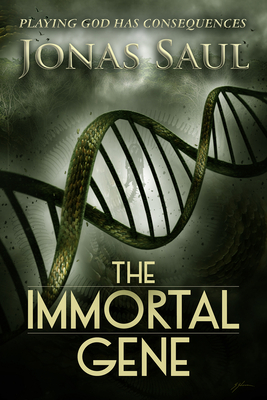 Jake Wood has it made. He is a tough homicide detective with a partner who’s like a brother, and he’s about to marry the girl of his dreams.

Then Jake learns a close friend is missing and travels to South America in search of him. After a freak accident in the Amazon Rainforest, Jake wakes up in the hospital—eighteen months later. Long presumed dead, he discovers his fiancée is married and pregnant, his house was sold, his job is gone, and his partner transferred to another city to become lead detective on a serial killer case.

Jake buys a cabin in the woods and tries to leave the world behind, until his home is broken into and he discovers he was targeted—but why? When Jake’s former partner requests his aid in catching the Blood Eagle Killer, he offers to help find whoever is behind Jake’s recent trouble.

This leads to Fortech Industries, a pharmaceutical company secretly researching a way to create an immortal gene. Now they intend to destroy their only error—Jake Wood—who has become something more than human.

Jonas Saul has sold over 2 million books. On multiple occasions, he has outranked Stephen King and Dean Koontz on the Amazon Most Popular Top 100 Authors list.

He has traveled extensively throughout the world to scout settings for his thrillers, spending several years between Greece, Italy, Denmark, and Hungary.

Praise For The Immortal Gene…