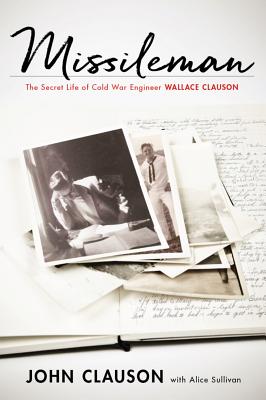 John Clauson grew up believing he was the son of an IBM salesman when actually he was the son of a math savant who worked with the Department of Defense on their missile program during the Cold War. Missileman is the true account of how Wallace Clauson kept his real work hidden from his family and his neighbors for fifty years. Moving every few years, even living for a period Zurich, Switzerland, Clauson led a life full of anxiety and suspicion. Missileman is a story of intrigue and wonder and discovery as son John Clauson reveals how his father, a stealth government agent working against the Russians during the Cold War, somehow managed to maintain a double life and keep his family safe and sheltered from the many dangers inherent in his secret life as a missileman.

John Clauson is a retired medical device executive, who started as a salesman selling everything from Band-Aids to vascular stents, and eventually became corporate VP, and chief operating officer.