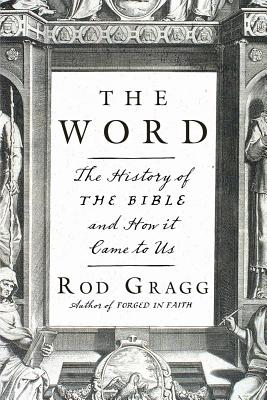 The History of the Bible and How It Came to Us

With Christianity under attack in contemporary Western culture and the validity of the Bible repeatedly challenged, The Word: The History of the Bible and How it Came to Us offers a fresh and fascinating history of the Book of Books – which billions of believers through the ages have embraced as the Word of God.

With the same compelling narrative writing and in-depth research that has earned him acclaim for his works on the Holocaust, the Civil War, the faith of America’s founders, the Lewis and Clark Expedition, the American Revolution, and other historical topics, award-winning author and historian Rod Gragg now focuses on the history of the Bible. And he does so with the practiced craft of a historian and the respect of a believer who adheres to the complete and absolute inspiration of Scripture.

The Word provides a sweeping panorama of biblical revelation, preservation and transmission—and the background story of those who devoted their lives – and sometimes suffered death – to translate and transmit the Word of God. In the process, this highly readable narrative likewise follows the history of Christianity and unfolds its unforgettable story with a writing style aimed at the general reader and a level of scholarship that will appeal to history-lovers and serious students of the Bible. A truly unique history of the world’s most popular book, The Word is perfectly suited “for such a time as this.”

A former journalist, historian Rod Gragg is the author of more than twenty books on a variety of historical topics. His work on the Battle of Gettysburg, Covered with Glory, won the James I. Robertson Award as the best Civil War history of the year, and his most recent work, My Brother’s Keeper: Christians Who Risked All to Protect Jewish Targets of the Holocaust, was named as a finalist for the 2017 Christian Book Award. He is currently director of the CresCom Bank Center for Military & Veterans Studies at Coastal Carolina University, where he also lectures as an adjunct professor of history. He is a popular speaker at conventions, seminars and other venues throughout the nation.