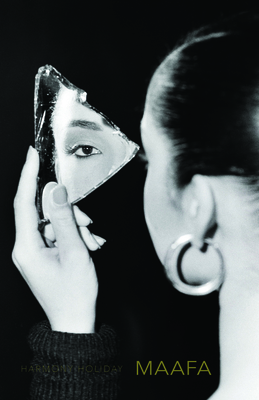 Maafa is Swahili for catastrophe or holocaust. It echoes and transambulates the Hebrew word Shoah. Without a word for a traumatic event, its erasure is always in progress, without a system of naming our history, we become addicted to its ghosts of familiarity. Names are angels of mercy. That's part of the reason for the title of this work, to help unleash this word and its healing components from obscurity. In the process the word came to life, I realized on a visceral level that it was gendered for me, that the erasure of trauma and the erasure of black femininity were happening simultaneously, even or especially within myself. This book seeks to unknot that through the writing of a black female epic hero, because as I started writing about the black feminine I couldn't think of one explicit black female epic hero in the western canon, my Maafa had no relatives. We have characters, lots of tragic ones, lively ones, beautiful transcendent ones with heroic tendencies, but I don't know of our black female hero in poetics who is as deliberately cast as Odysseus. It's a large undertaking but this book sets out to write her, whose name is Maafa. She killed her father in the barracoons because the sight of him in captivity beside her was too much to bear. Now she is on her hero's journey which is filled with efforts to shake the sense of shame and longing and forgetting something that haunts her in her pursuit of freedom. The crime chases her into all manners of light and darkness. The book begins in Duat, or what the egyptian Book of the Dead calls 'the boat the carries the sun' and moves toward 'A Paradise of Ruins' which is the last section, where our tragicomedic black female hero dances a series of poems as gestures, everything from the cut pitch of a single drum lick to the frenzied but detached look on memed faces to the way a dancer waves while walking backwards. Through the existential absurdity of the accumulation of these images she exorcises her own haunts, and Maafa is healed into complete being. It's a book of poems about a kind of rebirth of feminine consciousness and cultural consciousness that was trapped in patriacracy and erasure.

Harmony Holiday is the author of Negro League Baseball (winner of the Motherwell Prize), Go Find Your Father/ A Famous Blues, and most recently Hollywood Forever. She is the founder of Mythscience, an arts collective devoted to cross-disciplinary work that helps artists re-engage with their bodies and the physical world, and the Afrosonics archive of jazz and every day diaspora poetics. She worked on SOS, the selected poems of Amiri Baraka, transcribing all of his poetry recorded with jazz that had yet to be released in print and exists mostly on out-of-print records. Harmony studied rhetoric and at UC Berkeley and taught for the Alvin Ailey American Dance Theatre. She received her MFA from Columbia University and has been awarded a Ruth Lilly Fellowship and a NYFA fellowship. She is currently working on a biography of jazz singer Abbey Lincoln.
or support indie stores by buying on
(This book is on backorder)
Copyright © 2020 American Booksellers Association