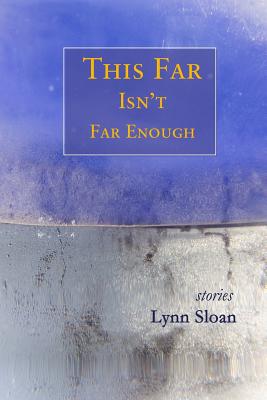 A once-successful Lowcountry cook seeks a comeback with a popup restaurant in his shabby apartment. A shady estate appraiser meets his match in a cagey widower who refuses to part with an antique clock he desperately wants. A countrywoman, dismayed by her daughter's decision to become a prizefighter, turns to her dead mother for guidance. In this beautifully written collection of fourteen stories, characters seek to reset their lives knocked sideways by failure, betrayal, or chance, only to be ensnared by pasts they can't escape. Haunting and deeply moving, This Far Isn't Far Enough demonstrates Lynn Sloan's penetrating understanding of loss, endurance, and the undefeated spirit.

Lynn Sloan is a writer and photographer. Her stories have appeared in Ploughshares, Shenandoah, and American Literary Review, among other publications, and been nominated for the Pushcart Prize. She is the author of the novel Principles of Navigation (2015 Fomite). Her fine art photographs have been exhibited nationally and internationally. For many years she taught photography at Columbia College Chicago, where she founded the journal Occasional Readings in Photography, and contributed to Afterimage, Art Week, and Exposure. She lives in Evanston, Illinois with her husband.
Loading...
or support indie stores by buying on