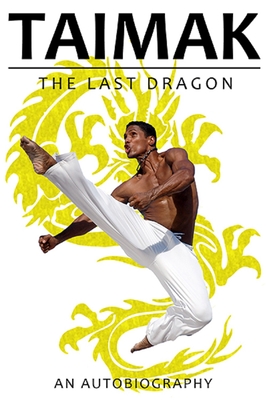 The Last Dragon is a legendary cult classic from the 1980s, filled with action, humor, and an iconic soundtrack. But when the movie ends, the true story of its unforgettable hero begins...

Taimak was only 19 years old when he starred in The Last Dragon. He was already a champion martial artist, a bouncer at New York City's famous clubs, and a budding ladies' man. Over the next thirty years, he had many more adventures. He learned lessons, fell in love, made countless new fans, and discovered the spiritual strength inside himself.

In this book, you'll follow Taimak's inspirational, hilarious, shocking, eye-popping life story. You'll be right there with him as he meets everyone from David Bowie to Mike Tyson, and you'll join him as he experiences triumphs and heartbreaks in the world of Hollywood. You'll even learn more about his relationship with Denise Matthews (Vanity) and his other co-stars from The Last Dragon.

Taimak's life isn't all about Hollywood, though - it's a story that everyone can relate to. You'll read about his battles with self-doubt, his encounters with racism, and the struggles that he faced as a lonely kid growing up in the big city. You'll meet his quirky parents, his beautiful girlfriends, and the friends and rivals he encountered in the dojos and grindhouse theaters of New York.

By the time you're done reading Taimak's story, you might just get a Glow of your own!

Taimak Guarriello is a versatile actor, director and writer as well as a nationally recognized martial arts expert.  At the age of eighteen, he won the New York State Kickboxing Championship and was inducted into the Martial Arts Hall of Fame in 2010. He has worked as choreographer with such notables as Debbie Allen, Jaime King, Madonna on her Drowned World Tour, former rock band Bush as choreographer of their “Chemical Between Us” video and many others.

Shortly after winning the New York State Kickboxing Championship, Taimak was cast by music mogul and Motown legend Berry Gordy to play Bruce Leroy in the classic cult film “The Last Dragon” (released on Blu-ray August 25th, 2105 by Sony Pictures for the 30th anniversary of the original film).

Taimak has guest starred on several national television shows including “A Different World”, “Alley McBeal”, “Red Shoes Diaries” and “Malcolm and Eddie”. His stage appearances include the highly successful “Roadhouse the Comedy” at the Barrow Street Theater in New York City, playing the notable role of Dalton in this zany comedy rendition of Patrick Swayze’s 80’s cult classic film and in the national tour of the star studded cast of “Cheaters”. He is making his directorial debut with a film noir detective story titled, “I’ve Seen Things” (in pre-production).

In 2009, Taimak created a wellness program for young people whose mission is to enable all participants to create and see a pathway to moment to moment happiness (http://www.unfoldingdream.org). Taimak delivers numerous seminars in “at risk” communities around the country and notes, “I am blessed beyond measure to have had the opportunity to do so much and I hope to inspire and entertain some more. I am clear that the best is yet to come”.