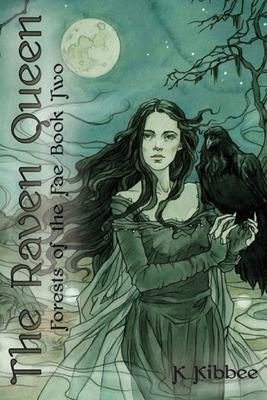 Forests of the Fae

A summer spent untangling a century-old mass disappearance, communing with ghosts, fleeing dark Fae Folk, and enduring her nefarious cousin Lexie would seem like tribulation enough for 13-year-old Anne, and yet her struggles have only just begun.

Though she’s closed Devlin’s Door behind her, it would seem that something sinister has followed Anne from the other side. Her dearest friend Grace is not as she would seem. Something dark has taken hold of the girl . . . something not of this world. Ravens surround her, people mindlessly do her bidding, and wickedness drips from her lips. It’s only a matter of time before Anne uncovers her secret and with it, her vengeance.

Meanwhile, somewhere deep in the Forests of the Fae, the real Grace struggles to retain her humanity and escape the revolting Faerie body that imprisons her. With pet raven Onyx at her side, she is heralded a Queen, and worshiped by the very creatures that she despises.  Set atop a throne of thorns, she feels all is lost, until a stranger with human eyes and a sorted past is shackled at her feet.

Though worlds apart, both girls must race against time if they hope to unravel the mysteries of the Fae folk and unmask The Raven Queen.

K. (Kristine) Kibbee is a Pacific Northwest writer with a fascination for all things literary. Kristine’s passion for creative writing began in her early youth and led her to the doors of Washington State University, where she earned a degree in Humanities, with a focus in Professional Writing. Kristine followed her scholarly pursuit of writing with published works in The Vancougar, The Salal Review Literary Review, Just Frenchies magazine, and S/Tick Literary Review. She is presently a regular columnist for Terrier Group magazine.

Kristine’s novella, “The Mischievous Misadventures of Dewey the Daring,” was her first and only self-published release, and is still currently available on Amazon.com. Her middle-grade fantasy novel, “Whole in the Clouds,” was released in expanded edition by Incorgnito and her two recent series, Forests of the Fae and Theodore and the Enchanted Bookstore, are both with Incorgnito Publishing Press. Kristine regularly engages on a variety of social media platform.