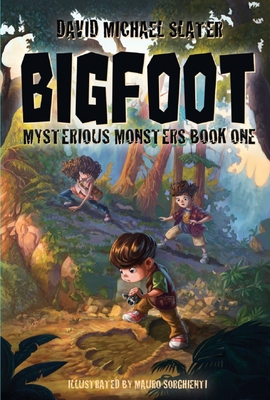 The Mattigan kids don't believe in things that go bump in the night. After all, their dad is famous for proving such things are impossible. But, when their long-lost Grandpa Joe shows up with his Mysterious Monsters journal, begging for help, the siblings find themselves drawn into a search for Bigfoot.

Along the way, they'll have to deal with meddling babysitters, suspicious psychics, a YouTube disaster, and their furious father. To solve this mystery, Maddie, Max, and Theo must rethink what's possible—and make lots of peanut butter and banana sandwiches.