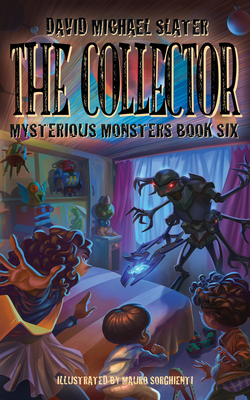 Maddie, Max, and Theo Mattigan know everything now. They've solved the mystery of their Monsters' history, and even of their own. But Happily Ever After doesn't seem to be how their story was meant to end. There's an evil creature out there, more mysterious and monstrous than anything they could imagine. And it's coming for them. This time, the hunters have become the hunted.

I grew up in Porto San Giorgio, a charming Italian town on the Adriatic coast, where I found inspirations reading old fantasy stories and ancient myths from northern Europe. Not far from there, is the State Institute of Art where I learned the basics of my craft before changing paths and graduating as a Childhood Communities Assistant.

However, the graphic arts were always my main passion and soon I was able to make that my main occupation. I have gained my twenty years of experience in illustration and cartooning, playing creative roles for many projects from the earliest stages of their development on to completion.

I love drawing, painting, and when I am in the mood, also modeling odd tangible things. Sometimes, I also have a bit of free time to spend on my hobby as a board games enthusiast!