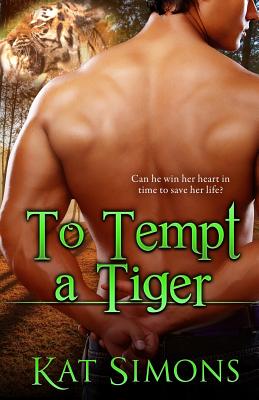 To Tempt A Tiger

Can he win her heart in time to save her life...?

When adrenaline junkie and adventurer Rose Callaghan meets the man of her dreams and learns she's carrying his child, she assumes she'll be living her happily-ever-after. Until he accuses her of cheating on him and leaves. Four years later, she's managing as a single parent, but her daughter is experiencing episodes of extreme pain and no one can tell her why or how to stop them. Rose swears she'll do anything to help her daughter. She just doesn't expect that "anything" to include facing her ex again. When he shows up out of nowhere offering answers, she takes him in. But his answers are the stuff of myth and make Rose start to doubt everything she's ever known.

The first born son of a fanatical tiger shifter, Vlad Dubrovsky is prepared to abandon his family and his people to be with the human woman he loves. But when he finds out Rose is pregnant--something that's impossible between a human and a tiger shifter--he returns to the tiger community heartbroken, convinced she's betrayed him. Four years later, Vlad still wants Rose, and learning it is possible for them to have had a child together forces him to rethink everything he's ever believed. But the only way to ensure Rose and her daughter are safe is to bring them into the tiger shifters' world. A world full of powerful, deadly enemies who are just as fanatical as Vlad's family, and just as intent on killing tiger-human hybrids. To protect the two people he loves most in the world, Vlad must convince Rose to trust him again...knowing his most difficult fight might just be for her heart.